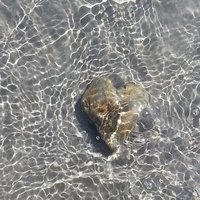 The wedding of Sofia & Joel

Daughter of Bodil and Sven was born in Stockholm but grew up in Norrbäck outside Sala with her brother Kalle . Sofia also has three older halfsiblings, Marie , Anna and Petter . Went the first six school years in Varmsätra school and secondary schools in Sala . Live outside Sala in Eljansbo with Joel and, together with their daughter Julia , 2 years and previously sons Alexander 12 years and Robbie 10 years. Her interest from an early age is horses and she now has two of its own in the courtyard of Eljansbo . Sofia works as energy Efficiency Advisor on HESAB in Sala .

Son of Carola and Hasse was born and brought up in Tärna outside Sala with his brothers Fredrik and Glenn. Joel went like Fia his first sex school year in Varmsätra school (but not in the same class ) and secondary schools in Sala . Living with Sofia, common daughter Julia, bonus children Alexander and Robbie in Eljansbo . Joel's hobbies are golf, which he gladly plays when there is time, and football. Joel is working as an industrial electrician in Västerås.